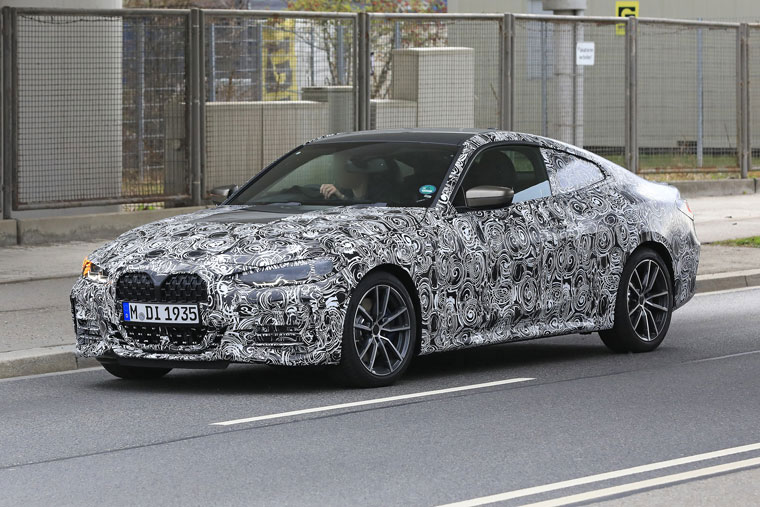 Spies in Munich have been lucky to snap new revealing shots of the ’21 BMW 4-Series, including the (controversial) front end. The model features a massive twin-kidney grille, which echoes the one used on the Concept 4.

However, there are some subtle differences as the grille on this car features a black or body color central divider and a different mesh pattern, which in these pictures, makes it look like a giant version of Kia’s so-called Tiger grille.

Besides the grille, several other styling features align with the Concept 4. Chief among them are a V-shaped central air intake and the similarly styled headlights. The massive front piece shouldn’t be too surprising at this point as it’s been photographed multiple times. Putting aside the grille, polishing grip pad for car polisher the 4-Series will follow in the footsteps of the 3-Series and be offered with an assortment of different engines. At launch, a 430i with a turbocharged 2.L four-cylinder developing 255 hp and 300 lb.-ft. of torque is expected. It should be joined by an M440i featuring a turbocharged 3.0L six-cylinder engine with 382 hp and 370 lb.-ft. of torque.