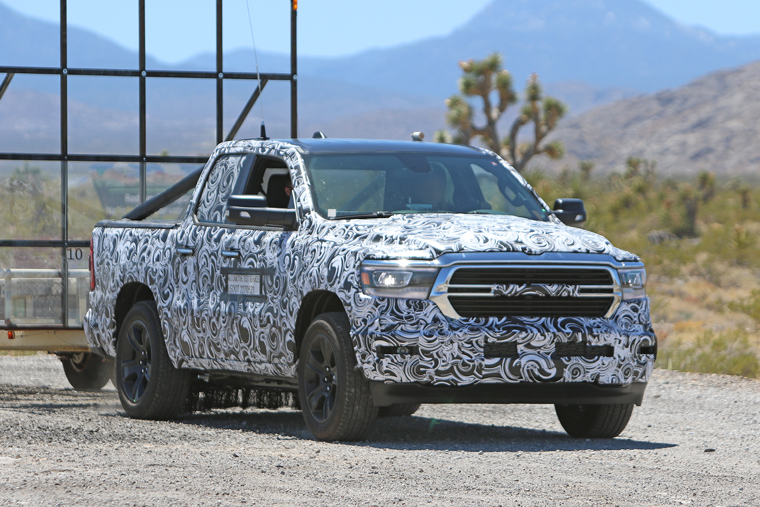 This is a mule for the ’21 Jeep Wagoneer, caught flexing in Death Valley, California.

The Wagoneer and larger Grand Wagoneer will be based off of the ’19 RAM 1500’s platform, putting them in direct competition with the also-truck-based Chevrolet Tahoe, Ford Expedition, Cadillac Escalade and Lincoln Navigator. The plush models will also be positioned up against the likes of the BMW X7, Mercedes-Benz GLS-Class and the Infiniti QX80, among others.

While it shares mechanicals with the RAM 1500, the Wagoneer models will get an independent rear suspension for better ride and interior packaging to fit in a third-row seat. Adjustable ride height is also expected to be lifted from the RAM. It’s expected V6 and V8 engines will be offered, Foam Pad Holder while a new inline-six with a turbo and 48-volt mild hybrid system is also expected to be introduced on the Jeep models. A plug-in hybrid variant is also expected after initial launch.

Expect to see the Wagoneer and Grand Wagoneer as early as spring 2020, likely at the New York Auto Show.