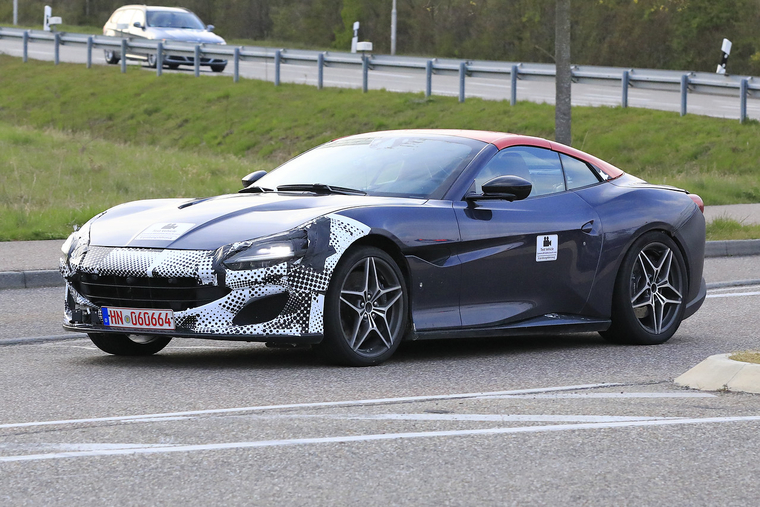 While the rear of the car caught on camera appears to be left unchanged so far, the front is definitely different from the latest model. It comes with a new bumper, new grille and new “bandit” headlights, the latter resembling those of the Ferrari Roma.