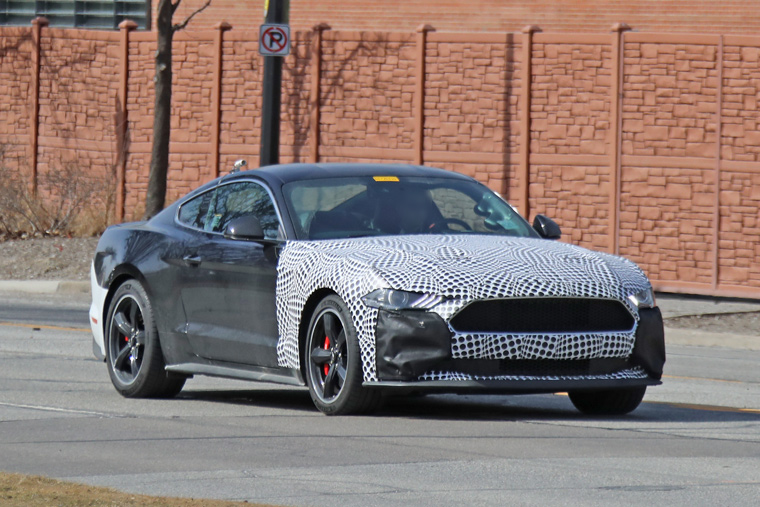 The Mustang Bullitt just debuted last year at the 2018 North American International Auto Show (NAIAS), so this seems a bit early for a refresh. Just a couple weeks ago spy shooters caught a glimpse of a camo’ed GT and had speculated (per sources) that it may be a mule for a Mustang hybrid. That could be a solid option, but it’s confirmed that this Bullitt was packing a 5.0 V8, as the driver made a point of revving the engine as he drove by.Detailer’s Rolling Creeper

Looking at the Bullitt, the only real changes that can be seen are the placement of the foglights, which appear to sit a couple inches higher on the front fascia, and the area below the foglights, which now appears to angle in toward the grille. Around back, there are virtually no changes, just a hacked-up lower rear fascia with some testing tips.

If this is just a refresh for the Bullitt, expect an official debut by the end of the year.